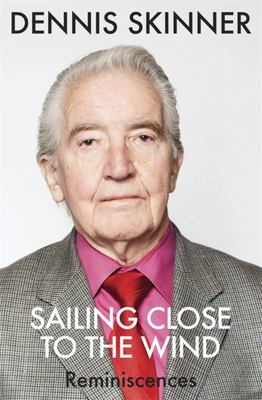 Dennis Skinner, the famed Beast of Bolsover, is adored by legions of supporters and respected as well as feared by admiring enemies. Fiery and forthright, with a prodigious recall, Skinner is one of the best-known politicians in Britain. He remains as passionate and committed to the causes he champions as on the first day he entered the House of Commons back in 1970. In an age of growing cynicism about politicians, the witty and astute Skinner is renowned as a brightly burning beacon of principle. He has watched Prime Ministers come and go - Heath, Wilson, Callaghan, Thatcher, Major, Blair, Brown - and yet remains uncorrupted by patronage and compromise. Cameron discovered Skinner's popularity when a public backlash forced the current PM to apologise in Parliament for calling Skinner a dinosaur who should be in a museum. Skinner at eighty has a unique take on post-war Britain. A combatant in the great social, industrial and political upheavals of the last half century, he's resisted telling his extraordinary story. Until now.

Dennis Skinner is the son of a miner sacked after the 1926 General Strike. Skinner, to the distress of his mother, and despite a Grammar School education, followed his dad down the pit. He was a Clay Cross and Derbyshire councillor before winning Bolsover for Labour in 1970, a seat he's held ever since. A former chairman of Labour, current member of the party's ruling National Executive Committee, Skinner's Parliamentary heckles and interventions are legendary. He was expelled so often from the Commons that suspension became an occupational hazard.