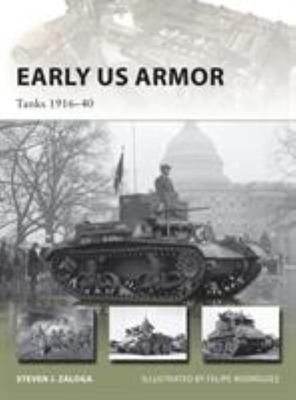 Between the two World Wars, the US contributed significantly to the development of the tank, a weapon invented by the British and the French seeking a way to break through the lines of German trenches. From the employment of the French Renault FT and British Mark V during their involvement in World War I, the US branched out with their own indigenous designs including the M1 Cavalry Car and the M2 Light and Medium tanks, the precursors to the Stuart and Grant tanks of World War II. Tank designers in this period faced unique challenges and so the story of early American armour is littered with failures amongst the successes.
Featuring previously unpublished photos and fully illustrated throughout, Early American Armor (1)- Tanks 1916 40 is essential reading for anyone interested in American armour, or in the development of tank design.