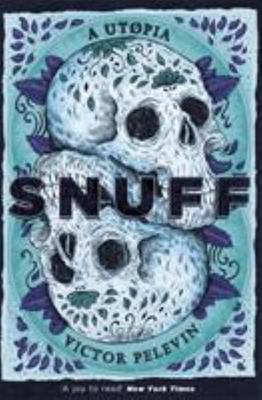 Damilola Karpov is a pilot. Living in Byzantium, a huge sky city floating above the land of Urkaina, he makes his living as a drone pilot - capable of being a cameraman who records the events unfolding in Urkaina or, with the weapons aboard his drone, of making a newsworthy event happen for his employers: 'Big Byz Media'. His recordings are known as S.N.U.F.F.: Special Newsreel/Universal Feature Film. S.N.U.F.F. is a superb post-apocalyptic novel, exploring the conflict between the nation of Urkaina, its causes and its relationship with the city 'Big Byz' above. Contrasting poverty and luxury, low and high technology, barbarity and civilisation - while asking questions about the nature of war, the media, entertainment and humanity.

Born in 1962 in Moscow, Victor Pelevin has swiftly been recognised as the leading Russian novelist of the new generation. He studied at Moscow's Gorky Institute of Literature, and is one of the few novelists today who writes seriously about what is happening in contemporary Russia. His work has been translated into fifteen languages and his novels OMON RA, THE LIFE OF INSECTS, THE CLAY MACHINE-GUN and BABYLON, and two collections of short stories have been published in English to great acclaim.