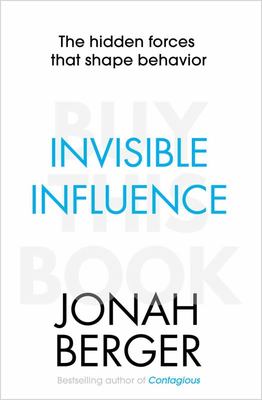 If you're like most people, you think that your choices and behaviors are driven by your individual, personal tastes and opinions. You picked a jacket because you liked the way it looked. You picked a particular career because you found itinteresting. The notion that our choices are driven by our own personal thoughts and opinions seems so obvious that it is not even worth mentioning. Except that it's wrong. Without our realizing it, other people's behavior - what psychologists call "social influence" - has a huge influence on everything we do at every moment of our lives, from the mundane (which movie to see or place to have lunch) to the momentous (which career path to take or person to marry). We make riskier decisions because someone patted us on the shoulder. We like the name Mia because Madison and Sophia are popular names this year. Even strangers, or people we may never meet, have a startling impact on our judgments and decisions: our attitudes towards a welfare policy totally shift if we're told it is supported by Democrats versus Republicans, even though the policy is the same in both cases. But social influence doesn't just lead us to do the same things as others. Like a magnet it can attract, but it also can repel. In some cases we conform, or imitate others around us. But in other cases we diverge, or avoid particular choices or behaviors because other people are doing them. We stop listening to a band because they go mainstream. We skip buying the minivan because we don't want to look like the soccer mom. By understanding how social influence works, we can decide when to resist and when to embrace it: we can affect others behavior and use others to help us make better-informed decisions.

“If Johnny told you to jump off a cliff, would you do it? If you’re susceptible, like most people, to garden-variety social influence, then the answer is likely to be yes.

Nearly 60 years ago, Vance Packard wrote in The Hidden Persuaders of the power of psychologically shrewd advertising to induce desires for things we didn’t know we needed. Drawing on decades of later research, Berger (Marketing/Wharton School, Univ. of Pennsylvania) picks up where his Contagious: Why Things Catch On (2013) left off to explore why we desire what we do—and more, why we act as we do, politically, socially, economically, and emotionally. Though we enjoy independence, writes the author, we respond to social influence. Our tastes shift to accommodate the opinions of others, and the more time we spend with others, the more our opinions change—until, that is, we reach a saturation point, whereupon familiarity can breed contempt, challenging those who profit from our patterns to keep things interesting, since “the more complex the stimulus, the less likely the habituation.” Some of us are likely to change things up when they’re not interesting, but others habituate, and still others habituate while trying to stand out a little. As Berger writes, newly minted attorneys often reward themselves with BMWs, status symbols par excellence, but one wishing to signal independence will buy an orange one. Should we pick lawyers by the color of their fetish objects? Perhaps, but if we’re influenced to value daring, the legal eagle with the bright ride may be the one to snag. Influenced, we might guess, by genre conventions, Berger doesn’t avoid the gee-whiz tropes of pop science (“But science doesn’t just happen in fancy labs. It’s happening all around us, each and every day”). Still, he does a good job of distilling scientific insights into easily understood object lessons on social psychology.

Of particular interest to those selling messages of various stripes—marketers, advertisers, etc.”

Jonah Berger is an associate professor of marketing at the Wharton School at the University of Pennsylvania. His research has been published in top-tier academic journals, and popular accounts of his work have appeared in The New York Times, The Wall Street Journal, Science, Harvard Business Review, and more. His research has also been featured in the New York Times Magazine's "Year in Ideas." Berger has been recognized with a number of awards for both scholarship and teaching. The author of Contagious and Invisible Influence, he lives in Philadelphia, Pennsylvania.